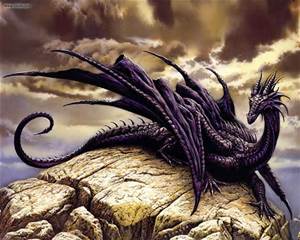 Posted by Ann Maureen Doyle at 3:18 PM No comments: Last Saturday my husband and I made a sudden decision to hustle over to Daytona to watch (part of) the Rolex 24 race. Four different classes of cars roared around the 3 1/2-mile course for 24 hours, tires smoking around the curves, engines screaming along the straightaways. We sat in awe of the technology streaking past us, amazed that now each car sports a lighted number on each side of it displaying for the crowd its current position.

One prototype class car, the DeltaWing, caught our attention with its narrow nose and patriotic paint job ("God bless America" emblazoned along its side). We watched as lap after lap, it took the lead, slipped a bit, and took it back. Go, Car Zero!

We dove back into the monstrous grand stand to find another vantage point. As we passed a TV screen, we stopped in our tracks. There was the DeltaWing being towed off the track on the back of a truck.The race was over for Car Zero.

I considered: How must this feel for Katherine Legge, who drove the car to the lead during the first shift? How about the hapless second driver, Andy Meyrick, who slammed it into a stalled car shortly after getting behind the wheel?  Then there are the grieving owner and the entire pit crew, not to mention the two other drivers who never got their turns.

Myself, I do not handle disappointment well. When I have prepared for something with great anticipation and it gets rained out, called off, or just goes kaput, I do not bounce back quickly. You'll see me sulking (or worse) for some time, throwing dark looks around and muttering about my rancid luck.

I need to remember the DeltaWing. Professionals like that crew, although deeply disappointed, have a way of looking toward the next race, the next game, the next campaign. They can't get stuck. And though it left the famous Daytona track trailing pieces and parts, the DeltaWing surely has not run its last race and will show up again, even better. Hope I can learn to do that.