The Other Horror of the Manchester Concert

The explosion at the Ariana Grande concert last night in Manchester, England, has certainly been widely covered in the news. And we can agree that it was a hideous, evil act that has devastated the families of all those who died there.

Many in the audience were teenagers, some with their parents. Reports mention children as young as 12 and even 8. So who is Ariane Grande that she attracts such a young crowd, with the approval of their parents?

I had to look her up on YouTube. The two videos I ran opened my eyes to who she is, but confused me deeply about why young girls were at the concert. First of all, Ariana is 23 years old, beautiful (of course), and a former Nickelodeon star. Once again, on the road to fame and wealth, a child star leaves behind her perky innocence and replaces it with a hyper sexual persona (remember Brittany Spears, Miley Cyrus, etc.).

In Ariana's "Side to Side" video, the first one I happened upon, she has been desperately waiting all day to be with her boyfriend, even though her friends warn her that he's no good. She admits, smiling, that she has "made deals with the devil" for the excitement that awaits her come evening. For some reason, she leads a pack of other overheated females in a workout on exercise bikes to demonstrate her feelings, and we are favored with camera shots from behind, where we discover that they are all wearing thongs. Lovely.

"Everyday" goes one better in its directness. Ariana dances in front of the camera, wearing an oversized men's down jacket, and tells us how her boyfriend gives her the "good sh-t" so she "never wants to quit" every day, every day. Huh? Did I misunderstand? That possibility is eliminated by the lyrics being boldly displayed across the screen as she sings this catchy number.

And parents are taking their 12-year-old daughters to this woman's concert?

That's the other horror of the Manchester incident, one that I don't read anything about in the news. And to me, it's harder to explain than a crazed ISIS operative setting off yet another explosive in a public place crowded with supposed infidels. Parents: Are Ariana's contortions and salacious lyrics the model you really want to put in front of your daughter--or son?

After writing about Shakira's irresponsible video just last week, I guess it could look like I am the crazy one. But I maintain that these female "artists" and their handlers are conducting a re-education effort on the world's young women. They are teaching them to ignore their instincts for romance and stability and family in favor of daily (wild) sex, freedom from any personal restraint, and a complete shedding of stuffy old values like finding a good man who can help care for and support them.

"It's just that sex sells," some will say. "That's why they do it." It's bigger than that, but it may well be about the money. People leading a regular life, raising children, surely don't spend their money as freely as those out there living for the moment.

But the question remains, to parents everywhere who condone the consumption of such entertainment by their children: What in the world are you thinking?


Posted by Ann Maureen Doyle at 6:04 PM No comments:

I just got a new computer, driven to that desperate measure when my ancient laptop could no longer display even a run-of-the-mill web page without sighing and shutting down. 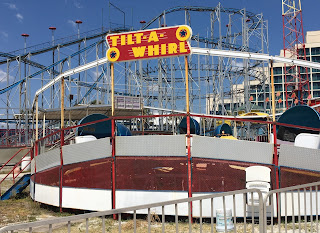 So, giddy at the prospect of listening to all the latest music YouTube had to offer, I hopped over to that site today and perused the opening page, showing what's popular now! I saw that Shakira had a new song. I do admire Shakira's voice, although she long ago sold out to the brokers of "ho style." Guess a tremendous voice is no longer enough for a young woman--but that's another column.

Shakira's video was for her song "Me Enamoré" (I fell in love). Even if you don't understand the Spanish lyrics, you'll get the story. Pretty girl in short-shorts falls for a raucous guy who busts up the hotel room--we see the after effects as girl calmly rights the capsized plastic palm and smiles at the appalling mess around her. Where's the perpetrator? We don't know, but heck, she doesn't mind.

Then we come along to watch more of their hijinks, like cutting through a chain on some gate, where they proceed to run through the compound gaily as a (luckily chained) dog snarls at them. Then they are in a meadow of yellow flowers, then they are having a food fight in the same abused hotel room. All action is punctuated with Shakira wryly looking at the camera as though to say, "I know he's a cretin, but gee, what can I do? I fell in love."

Of course the story ends with pretty girl Shakira falling into bed, laughing, as she beckons the bad, bad boy to follow. And oh! Joy! We at last get to see this irresistible criminal's handsome face in the parting shot.

Now, I hope Shakira did this video as an exposé on the lunacy of young women these days. If so, it earns a Brilliant rating. If instead it is supposed to be a seductive romp with irresponsibility and forbidden fun, then it encapsulates the epidemic that is running through our younger generations.

Shakira's captivating lover is there to hug and squeeze (and more); he is there to lead them in criminal trespass and other exhilarating pranks; he's there to turn a rented room upside down and leave spaghetti sauce on the walls (she will clean up after him). But I can't picture him staying up at night with the sick baby; can't picture him going into work every day, even when he does not feel like it; can't imagine him sitting with his pretty girl as she cries and vents about how the job interview fell through.

I pray daily that our young women will wake up from the fantasy that Hollywood has marketed for so many years now. It goes like this: You can have lots of fun, avoid almost all pain, stay beautiful, be your own person, seduce men when you feel like it, send them packing when you grow bored, succeed at whatever you want, and most of all, no matter what, have lots and lots of fun. And you can keep this up indefinitely. Hey, pass me another mojito!

Sorry, my dear, but the bar is closing. And you have a pretty steep tab to pay before you leave. Ah, your boyfriend will pay? I think I saw him leaving a few minutes ago with that girl with the unicorn tattoo.

Videos like Shakira's reflect a deep confusion. Why are we here? We're here for the good times, they say. Grab all you can. But in reality, women were put on Earth not just to keep guys company as they joyride across the country. They are in this world to stabilize, to reinforce, to listen and guide, to teach and lift up. They can make men better than they would be on their own. That means women can set the bar higher and inspire their men and children to reach it. That is world-changing.

And part of a woman knows this. But it looks rather dull and long and undramatic. That's why they need other women to inspire them.

Shakira, and all the video vamps--do better. Get off the Tilt-a-whirl long enough to spend some time inspiring our young women toward better things, harder things--better things.

Posted by Ann Maureen Doyle at 12:28 PM No comments: