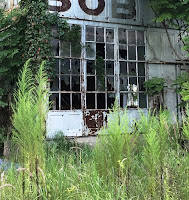 "Do not run to this and that for comfort when you are in trouble, but bear it. Be uncomfortably quiet—be uneasily silent—be patiently unhappy."

Since I seem to have reached the ripe age of knowing how scant are one's opportunities to fix anything, this strikes me as good advice. At 18, at 30, at 45, and even by 50, I was still pushed forward by a strong intent to Make Things Better. It might be a small thing like the need for a stop sign at a busy corner, or something much larger. And there have been small victories.

But defeats, even after protracted struggle and dedication of precious resources, have reached a high number. So that at 60, I find that Mr. Greaves' statement may provide me the key to making it through the next 40 years or so.

Still, I stay alert for those rare moments where something I could say or do might just help. These actions could be very small, but the key seems to lie in doing them with a simple boldness. A sentence uttered in calm conviction can prove more persuasive, over time, than any hour-long lecture. 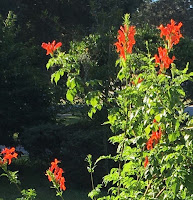 And a gentle word, a listening ear, and an unexpected smile have the power to redeem a person's entire day.

So while I see no point at present in chasing dragons or trying to move mountains, I can find no excuse for not speaking plainly, with charity, and persevering in small kindnesses. God will do with them as He will.

Posted by Ann Maureen Doyle at 11:05 AM No comments: 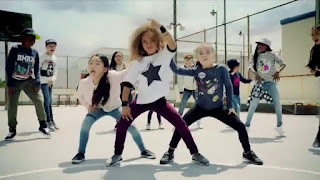 Did I just invent a new verb, "to masculinize"? If so, I apologize, but it's the only word that seems to serve in describing the wave we are all submerged in, where women are being encouraged to become more man-like in all they do.

This now extends to dancing, and I'm tired of looking at it. You've seen the commercials--whether it's a gang of children in almost unbearably hip clothing or a mother and daughter in their newly scrubbed kitchen, they've just gotta dance! And their dances all feature the same style of movement: jabbing, jumping, leg-spreading contortions that look like a new generation of the old breakdancing, with an extra dose of unspoken defiance for good measure.

These brash moves and attitudes in young, testosterone-driven men we rather expect. We can even admire the agility and stamina required.

But now the same traditionally masculine dance style seems de rigueur for female dancers in commercials, talent acts, what have you. And it does not look good. Women have long kept to a distinctively female mode of movement, which--except for the graceful, extended poses of ballerinas--proscribed throwing their legs wide apart. That is, unless the dance was done around a pole in front of a mostly male audience.  Why was this stance avoided? Because, when done by a woman, it was naturally, genetically, unarguably, provocative in a sexual way. And it is not lovely.

Now, I'm aware that a thoroughly modern lass may say that she wants to express power, not prettiness. Yawn.

The other night I watched in sadness as yet another troupe of bright young dancers took the stage on a major talent show and proceeded to execute, in the usual frenzied way, a harsh choreography that had the young men leaping this way and that while the tightly-clad young women planted their legs wide and shook their rear ends at the audience. When all the vibrating and tumbling were over, the judges melted all over each other in admiration for this bold, fabulous! performance.

Is it just me? Or is anyone else out there dying to see some perky yet graceful dancing by those gals who are heading back to school or feeling just so excited about their new phones? Anybody?
____
Photo from H&M's back-to-school campaign, 2016 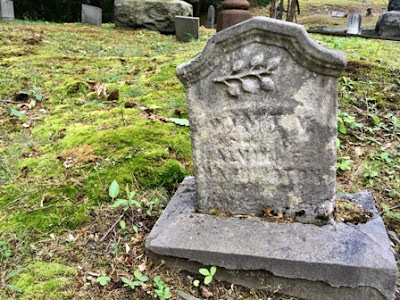 Posted by Ann Maureen Doyle at 3:29 PM No comments:

Francis and Barack--Graduates of the School of Scolding

I have been following Pope Francis' pontificate with concern. Mixed messages, strange pronouncements, and troubling encyclicals have been the order of the day. But it was only this morning that I recognized the troubling technique he has been using since being elected pope. Suddenly I saw it standing beside its twin: the dreary specter of America-bashing carried on for eight years by former President Barack Obama.

As I sat reading articles recapping Francis' five years in the seat of Peter, an amazing resemblance to Obama's famous Apology Tour could not be ignored. You remember: the new president went on a tour of European cities, apologizing at every stop for the America he was promising to fundamentally remake. He confessed our sins of aggression, greed, abuse of the planet, egotism, bigotry, etc., etc. A cheerleader for our country he was not. He continued to present this dreary view of his homeland to audiences domestic and foreign throughout his eight years. Inspiring, he was not. But after all, he needed to tell us how bad we were as a nation to convince us that we needed to change and change big.

Enter Pope Francis, elected to the papacy during Obama's first term. After a truly spectacular display of humility following his enrobement (No, no! I'll go down to the front desk and pay my own hotel bill--I insist!), Francis set about sketching out the "paradigm shift" he envisioned for the Catholic Church.

One of his first addresses consisted of publicly scolding the cardinals for their poor performance. Then he wagged his finger at the volunteers within parish churches for sticking to their comfort zone, hiding inside the church buildings rather than taking to the streets to tend to the poor. (But wait a minute--do you mean, Your Holiness, the generous, unpaid people who clean the church and stock the candles and usher at Masses and basically keep God's house open and looking beautiful?)

In his first encyclical, issued less than a year into his papacy, he warned against those Catholics who cling to Catholic Tradition and old doctrine rather than opening themselves to "new currents in theology."

And how can we forget his encyclical on care of the Earth, in which he accused all of us of turning this magnificent planet into a giant trash dump? (But, Your Holiness, what about all the homes that recycle religiously and the strict, expensive pollution controls installed on America's factories and vehicles . . . ?)

Francis and Mr. Obama are simply using a time-honored technique: Preach at decent people that what they are used to doing, even if they thought it was good, is really very bad. Get them to feel ashamed. Then tell them what they can do to redeem themselves. Point them in the new, illumined direction.

Like poor old Toby the porter in Dickens' The Chimes, who wrings his hands after his alleged faults are listed for him by the all-knowing Alderman Cute, we stand ready to confess our offenses if only we could recognize them. "Born bad!" we cry about ourselves, and look around in confusion for a path to salvation.

What would it be like to have a pontiff who championed Catholic Tradition? Who preached proudly of the industry, accomplishments, and compassion of the Church through history, both within the home and in our many spheres of good works? A pope who understood how heroically Christians have ministered to the destitute, the rejected, the imprisoned?

Instead, Francis seems at every turn to be saying in one way or another that we have become, well, too Catholic, and must evolve into something more realistic.

If anything, the worst thing that has happened to the Church in recent decades is that it has gotten less Catholic, blurring the beauty of its doctrines and its practices in favor of blending in more with the modern world. Maybe what we need are some red hats with the slogan, Make the Church Great Again.* And make it great not by robbing it of its traditions and sound morals, but by embracing them and broadcasting them as the life preservers they are in a floundering world.
_____________
*With gratitude to the Trump campaign.

Posted by Ann Maureen Doyle at 4:07 PM No comments: