This morning a couple of news stories pulled together for me what might underlie our growing supply shortages. One story described the chaos in a California port city, where shipping containers, now being unloaded from ships on a 24-hour schedule thanks to the resourceful Biden Administration's plan. They were then being parked on residential streets after being emptied since the trucking company had no more room on its lot for the empty containers.

The article from Breitbart quoted Pete Buttigieg, who's just getting back to work after a long paternity leave. Two things our Secretary of Transportation said raised crimson flags for me, as he tried to explain why things were such a gosh-darn tangle right now:

"There are so many pieces to the supply chain, and most of them are in private hands." Pause. The only word missing from that sentence is unfortunately, but it is implied. Would shipping and delivery work a lot better if the government ran it? Maybe Pete and his colleagues are angling to solve our supply chain woes by the sure remedy of sovietizing the complex business of getting product to market.

He continued: "The Administration can act as an honest broker, and that's what we're doing . . . . There are $17 billion in port improvements in the President's infrastructure bill, and they're urgently needed."

Bingo. So pass that (grotesquely inflated) infrastructure bill if you want to see this supply situation get any better! is what he's saying. I see Pete has this nailed down.

Then I looked at a Fox News story that gave us man-on-the-street reactions, from a Costco parking lot, to half-empty grocery shelves and distinctly higher prices that these shoppers were seeing. One was a man who ran a grocery store himself. Unable to get product delivered to his store (he felt the supplies are going primarily to the very large retailers), he was buying cartfuls of groceries in an effort to stock his own store's shelves, while having to raise his prices 10 to 20 percent.

If the small merchant was not run out of business by a prolonged Covid lockdown, he now struggles with an embarrassingly small inventory and sharply higher prices for his customers; not to mention being understaffed due to the mad labor shortage. This is not a prescription for success in the retail world.

So if any of us suspected that the lockdowns unfairly targeted small businesses (I do), the current supply chain fiasco is dealing them another mighty blow. Debacles at this level are almost never accidental--to wit, the Afghanistan withdrawal. 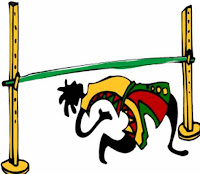 Of course, none of these things are really a problem if we just, as the Administration advises us, lower our expectations. But how low do we have to go, Joe? I'm sure he is going to show us.

Update 10-21-2021: We must spread the credit where due for today's shipping troubles. The World Bank and IHS Markit, in their ranking for efficiency of more than 300 ports around the globe, put the L.A. and Long Beach ports near the bottom. Also, California's Assembly Bill 5 (AB 5) has been credited with throwing that state's trucking operations into tumult since 2020. Port operations, of course, rely heavily on the truckers who take the products away, making room for more unloading.

Posted by Ann Maureen Doyle at 10:58 AM No comments:

Please Wear a Mask in the Living Room

My husband and I just came back from a brief getaway to the Okefenokee Swamp in Georgia. I've always wanted to see that legendary wetland. We had reservations for the night at a charming bed and breakfast nearby but were surprised, when we arrived, to be greeted by the proprietor in a mask. His wife soon joined us, also in a mask. Oh yeah, I remembered, we're not in Florida any more.

Our hosts seemed a little nervous as they welcomed us to their B&B, and at the end of a brief tour of the home, the husband mentioned that when we use the common areas, that is, the living room (the only room in the inn with a television, by the way), we will need to wear a mask. "Oh," I laughed, "we'll be in our room. Once you read the scientific reports on masks, you won't want to wear one again." He chuckled in a puzzled way but asked no questions.

We carried in our slight luggage wondering how intelligent, competent people at this point can still think that wearing cloth masks makes any difference in the battle against the virus. We ran into this delusion again when we visited the main visitors center at the swamp, which is run primarily by the U.S. Fish and Wildlife folks. Feds, that is. Here again we had to don the useless face gear to explore their exhibits, look around the little gift shop, and book a boat tour of the swamp. 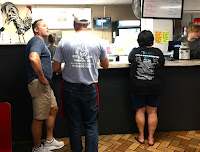 We enjoyed getting to know the blackwater swamp, though, and the small neighboring town of Folkston. (Supper in the local fried chicken diner gave us a good meal and a comfortable feeling of life in a smaller place, where everyone who walked in greeted people they knew and entered into animated conversations about shared interests and enterprises.) Then there were the long freight trains that sang to us in our bed, not too loudly, as they rolled through the dark town.

We headed home to the Sunshine State the next day and were again grateful for living here, where rules and regulations involve more common sense than in most of the country, especially when it comes to the virus.

There's no doubt that many people everywhere are still afraid of the virus and will follow disproven protocols "just to be safe," as they tell me. When will all of this pretending finally end, and people be able to look reality in the eye and say what's true about the virus and what measures work and which absolutely do not? We continue to wait, taking some comfort in such things as the magnificent and timeless Okefenokee Swamp and the dutiful trains that continue to run through Folkston, Georgia, taking things where they need to go.

Posted by Ann Maureen Doyle at 5:17 PM No comments: