Why I turned my back on the stock market 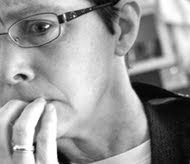 You can find lots of stories by people who decided to bail out of the stock market in the last year or so. They just had enough of the uncertainty and the ugly sensation of losing money they had worked to earn. These would be a good enough reasons by themselves.

Indeed, I got hit hard with the hideous fall that bottomed out in March 2009. Having received a small annuity after my mother's death, I was able to delay returning to the workforce in favor of finishing my first novel. The monthly payments were crucial to this plan. Of course, they came from money Dad had put into a retirement fund, and most was in stock. Thinking the allocations were set in stone, I listened in some distress to reports on the sliding market, but it wasn't until it hit bottom that, on a phone call about something else to the managing fund, I learned that I could have moved the money out of stock at any time. I'm sure I must have groaned out the words "Are you serious?" to the rep on the line.

With AIG headed for complete collapse and dire predictions afloat, I pushed all the money into a static money market account, where it earned nothing but could not lose more. A couple of days later, the graph began to climb. I didn't trust it. It's a blip and will crash downward any day.

For several months I watched the market, checking The Wall Street Journal, my fund's website, and even the Dow Jones page every day. Up in the morning, down in the afternoon. Up on Monday, down by Wednesday. I asked advice of people who knew things (they didn't). Finally, the uptrend seemed to be holding. I moved some money back into stock, hoping to regain some of my loss. After all, I was trying to live on this dough.

The numbers teetered. Up a bit, then down. Oh no, I was losing even more. Every day I checked the numbers before bedtime, when the closing price was posted. I thought about it when I woke up. What inscrutable forces will drive prices today? Will I win or lose?

After eight months of this torment, I pulled all the remaining money out of stock and put it into a guaranteed account. Sure, the interest was lousy, but it was something. But the biggest benefit was that I did not have to think any more about what the market was doing to my money.

In short, the desperate hope for a bit of profit had taken over a large section of my brain. Was this what the good Lord wanted me to sink my energy into? How could I ever stay calm watching these multicolored graphs every day? I couldn't. "Peace be with you" didn't stand a chance.

I have been much better since I made the last move. Whatever the fund pays me, I'll manage. If I have to do something extra this year for money, that's the way it goes. Whatever I need to do, it will sure beat biting my nails over what conglomerate might go bankrupt tomorrow and send the market into a dive.

The stock market is the world's biggest casino, and I don't have the nerves for those either. I don't believe God intended us to.