Whose Insurrection Is It? 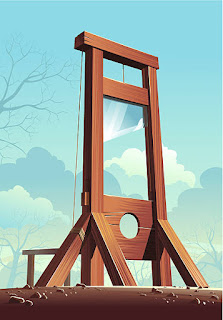 Three days ago my next door neighbor intercepted me in my driveway as I returned from a walk. She presented my house key to me, which she was returning. This trusted neighbor had kept it at her house for several years in case I needed her to water my indoor plants while I was away, or if I realized the stove was left on, that sort of thing. I was puzzled. She pointed to my small, legacy Trump sign beside my front door and declared that every time she sees it she sees "insurrection!" and "white supremacy!"

I was, of course, almost dumbstruck, but managed to ask a few questions like did she think I was an insurrectionist or a white supremacist, and what evidence was there that Trump is. No, she did not think I was those things, but I supported one, and then she quoted the usual assortment of inaccurate quotes from the man.

So, I then asked, "Even though I have always been a good neighbor to you, and polite and friendly, you can't have anything to do with me now and you are giving me back my key?" That's right, was the reply.

Two days later I finished watching a very long movie about the French Revolution. It got me thinking about insurrections, and what usually follows them, as was the case in France--years of armed upheaval, corruption, and abuse of power.

Wait a minute, I said to myself. If you engineer widespread fraud sufficient to tip an election in your favor, then during your first month in the seat of power you ignore the elected legislative body and issue 32 executive orders (leaving all previous Presidents in the dust), refuse to answer questions from the press, and maintain fencing with barbed wire and National Guardsmen around the nation's Capitol building, this looks a lot more like an insurrection--or if you will, a revolution--than the intrusion into the Capitol by an assortment of unarmed people on January 6.

In the years following 1789, when the French officially kicked off their revolution with the brutal storming of the Bastille, life did not go well in their country. The guillotine was kept very busy lopping off the heads of anyone who did not fully embrace even the most extreme measures of the revolution's leadership.

We are far too civilized for that sort of thing here and now, of course, but it did call to mind the massive amount of deplatforming and censoring of opinion (and often fact) that we have seen lately when those opinions run contrary to narratives approved by the ruling party. Online censorship has become the guillotine of today.

For those who don't operate a Big Tech company, shunning (including giving back your neighbor's house key and refusing to talk to your parents) has emerged as the favored weapon, and a powerful one it is.

But hold on. Why are they so angry? Didn't they "win" the election and come out with an effective majority in Congress? Aren't they transported by all the great things their leaders can get done now? Why should they still be so upset with their opponents? Unless they suspect that maybe they actually did not win . . .

_______________
For those interested in seeing the detailed evidence collected on what went awry in the 2020 election, see the very interesting Navarro Report.