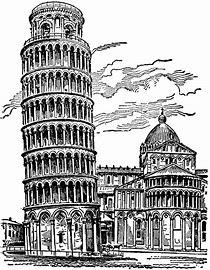 At a sandwich shop recently, I approached a customer in a well-fitting athletic outfit. I had overheard him mention that he was from Italy. I wanted to know a little about whether Italy was really open to travelers now since my son wants to go there in September to see a specialist for some back problems.
The man--we'll call him Paolo--was in his 40s, I'd say, a strapping fellow with a winning smile and an eagerness to talk about his home country. Yes, he said, your son could go there for medical care, but he will need to take PCR tests. And there are some curfews.
He then shared with us details on the situation in Italy. He himself had just moved his business (he is a biologist) from Italy to Florida. He declared that the whole virus panic was "bulls---" and was done to advance the agenda of socialism. He agreed that it had nothing to do with science and pointed to the deliberate suppression of known medicines that could have treated coronavirus patients.
Paolo said the situation in Italy is much worse than we know. People, especially journalists and lawyers whom he knows, are scared. They are afraid that what they write, or whom they choose to defend in court, will land them in jail. They are afraid that if they wait much longer their passports may be taken from them and they will not be able to leave Italy. So, many are making the move to the U.S., especially to Florida, now. (This description immediately reminded us of the terrible decisions good people in Germany had to make in the 1930s.)
He said that he believes the government is heading toward declaring another lockdown this summer on any pretext and believes it is all engineered to bring about socialism across Europe. I said we had similar problems here in the U.S. with the current Administration, but he replied, looking at me solemnly, "In Italy it is much worse. All of Europe is almost lost." He mentioned Spain in particular, and how there is still a strong fascist vein that runs through the country. He said that policemen there had struck women, even older ones, whom they found not wearing masks, and bystanders applauded.
We thanked him for the conversation, welcomed him to America, and after a handshake, left him on the bench outside the shop to continue studying his Florida driver's manual.
I had not heard this level of detail even in alternative news sources, and I walked to the car more shaken than ever.
Posted by Ann Maureen Doyle at 2:00 PM