Shhh! The FBI Report Came Out 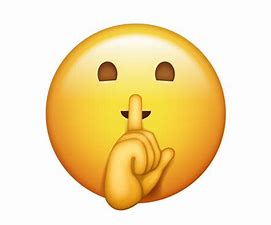 While the Taliban's dizzying advance upon Kabul dominated the news last weekend, the FBI quietly released the results of their investigation into the January 6 riot at the U.S. Capitol. They were largely hunting for evidence that this had been a planned, coordinated attack on the Capital by far-right groups, with the goal of overturning the 2020 election results or otherwise taking control of the U.S. Government.

What did they discover? The FBI "at this point believes the violence was not centrally coordinated" and found "no evidence that [President Trump] or people directly around him were involved."

To quote the Reuters report:

"Ninety to ninety-five percent of these are one-off cases," said a former senior law enforcement official with knowledge of the investigation. "Then you have five percent, maybe, of these militia groups that were more closely organized. But there was no grand scheme with Roger Stone and Alex Jones and all of these people to storm the Capitol and take hostages."

So much for the loud cries of Insurrection! and Domestic Terrorism! that have been flung by authorities, politicians, and rank and file liberals at all those who were peacefully present near the Capitol on that date or anyone who questioned the validity of the highly questionable election results that put Joe Biden in office.

This report will be a blow to Democrats, for whom characterizing that event as an unprecedented act of terrorism by Trump supporters was key to painting their opposition as a dangerous force that must be put down by any means necessary. After the event, this alleged crisis justified erecting fencing and posting a large military force outside the Capitol building to protect it from the imaginary mob to come, as well as deplatforming and censoring conservative voices on the Internet--including former President Trump himself--that mentioned election fraud or any number of topics that got stamped as "misinformation." After all, this was war. The nation was at stake!

William Moloney, writing for The Hill, provided an insightful analysis of the impact of the FBI report. He raises a question about the many Americans arrested in connection with January 6, still waiting for a trial. Why is that? Is the prosecution uncomfortable with what would come out at a trial, such as evidence of culpability but not on the part of defendants?

If such evidence does indeed emerge and make clear the events of that day, in contrast to the broadcast narrative, I wonder how much news coverage it will get. Probably no more than the FBI report got, a mere whisper beneath the booming cannons of the latest calamity.