Satan to Winter in Boca 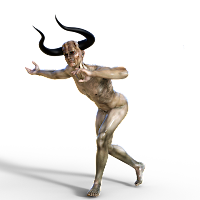 The city council of Boca Raton, Florida, is welcoming Satan and his faithful minions to their fair city this December. City leaders clearly felt that their town's balmy temperatures and crystal coastline were all well and good for the upcoming holidays, but something was lacking. Fortunately, middle school teacher Preston Smith rose to the occasion--as he did last year--and applied for a permit to erect, near the city's usual Christmas Nativity scene, a tribute to Satan to round out the holiday cheer.

City officials seemed caught between a rock and a fiery place. As Breitbart.com reported:

Similarly, Scott Singer, a city council member, said, “This is not consistent with my particular values, but free speech means people have an opportunity to express themselves, whether government likes it or not or whether individuals like it or not.”*


I wish the city council had called me before signing that permit. I would have told them that even free speech must, legally, stay within certain bounds. As we all know, we are not allowed to publicly promote crimes and violence against others. You usually cannot get a permit for that, or for fomenting revolution.

So, did the council ask language arts teacher Preston Smith what his contrasting "religious" beliefs are as an Atheistic Satanist? If he subscribes to The Satanic Temple, one of their seven basic tenets is: "The struggle for justice is an ongoing and necessary pursuit that should prevail over laws and institutions."** This is a noble-sounding way of expressing the principle in most Satanic sects (they are a fractious bunch that cannot unite under one creed, it seems) that obedience to civil laws is optional. Their idol is, after all, Satan, the ultimate rebel. They see the will of the individual as supreme.

So the officials of Boca Raton are permitting a display on behalf of a belief system that laughs at the whole concept of laws and order as we know it. Would they also issue a permit for a display from a revolutionary group that advocated dismantling the federal or local government and replacing it with an "Every man his own plan" society? Probably not. And yet . . . .

Much more could be said here about the dark and antisocial character of Satan worship, or about the frightening attributes of the fallen angel himself, as people have understood for thousands of years. All in all, these things represent the antithesis of what civilization has held up as valuable, healthy, and well-ordered. But even on merely civil grounds, the city council should definitely have known better.

You can view a picture of the 300-pound red pentagram scheduled to sit in the public square during the Christmas season--decked out with catchy slogans like "One Nation Under Anti-Christ" and "May the Children Hail Satan"--here. The page also features a petition, sponsored by Return to Order, protesting the city's decision to permit the devilish display.

Happy Holidays!
_________
* "A middle-school teacher in Florida plans to erect a Satan display that will invite children to 'hail Satan' during the upcoming Christmas season." Sept. 29, 2017. Read it here.
** The Satanic Temple's FAQ page.
Image courtesy of Pixabay.com